The Octave of the Immaculate Conception

To understand how great a grace, and how singular a prerogative this total exemption from all sin was in Mary, we may take a survey of the havoc that monster made amongst men from the beginning of the world, excepting Mary. 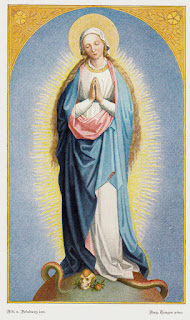 The most holy amongst the saints all received their existence in sin; they were all obliged to say with Saint Paul: We were the children of wrath, even as the rest. The fall of our first father Adam involved all mankind in guilt and misery. From that time ... sin reigned without control on every side. By its dire effects the greatest part of the world was plunged into the most frightful state of spiritual darkness and blindness. Even the sons of light were born under its slavery: Abraham, Moses, Elias, Jeremy, Job, and all the other saints confessed with David: Behold, I was conceived in iniquities, and in sin my mother conceived me. 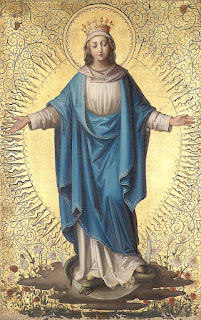 Sin was become a universal leprosy, a contagion which no one could escape; an evil common to all mankind, and infecting every particular individual that descended from Adam, as his own inherent guilt; something accidental, and foreign to our nature, yet so general an attendant upon it, that it might almost seem a constituent part thereof. It was communicated with the flesh and blood which men received from their parents, and from their first father, Adam. Every child contracted this infection with the first principle of life. 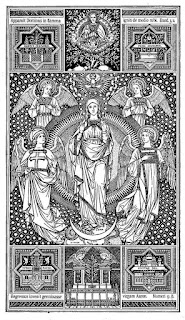 Mary, by a singular privilege, was exempted from it, and entered a world of sin, spotless and holy. Who is she that cometh forth as the morning rising, fair as the moon, bright as the sun, terrible as an army set in array! These words we may understand as spoken by the angels at the first glorious appearance of the Mother of God, astonished to behold her, after the dismal night of darkness and sin, as the morning rising, beautiful as the moon, shining as the sun, decked with the brightest ornaments of grace, and terrible to all the powers of hell, as the face of an army drawn up in battalia, displaying her beams on the horizon of the earth, which had been hitherto covered with the hideous deformity of sin. What a glorious spectacle, what a subject of joy was it to the heavenly spirits, to see the empire of sin broken, and a descendant of Adam come forth free from the general contagion of his race, making her appearance pure, holy, and beautiful, richly adorned with the most precious gifts of grace, and outshining the highest angels and cherubims! Shall we refuse to her our admiration and praises? Shall we not offer to God our best homages in thanksgiving for such a mercy, and for so great a present which he has bestowed on the world in Mary? 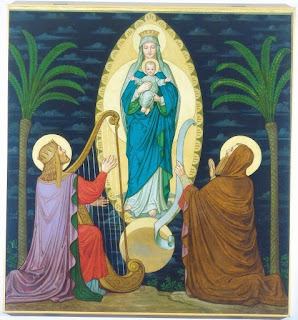 O Mother of Mercy let your happy privilege, your exemption from all sin and concupiscence, inspire you with pity for our miseries: and by your spotless purity and abundant graces, obtain for us strength against all our dangers, the deliverance from all our miseries, and the most powerful remedies of divine grace.