A family from Lyons, France, had a son who seemed destined to be their crown in the eyes of men and in the eyes of God.  This pious young man felt himself called to leave the world and to consecrate himself to the Lord in the religious life.  Hurt by this resolve, his parents fell into his arms, shedding so many tears and reproaching him so much that they succeeded in shaking his resolution; they secured at least a delay.

They then pushed him into the world in order to change his inclinations, and the young man too easily let himself fall into the trap.  Very soon he neglected his religious observances, withdrew from the sacraments and surrendered to all kinds of licentiousness.

To escape from the shame of his scandals and from the reproofs of his parents, he left the country and enlisted in the army.  His father and mother were grieved, overcome with remorse and sorrow; they scarcely dared to speak anymore to God after stealing from Him their child to hand him over to the devil.  The thought occurred to them of addressing themselves to Saint Joseph in order to obtain at one and the same time their pardon and the conversion of their son.  They began, therefore, a novena along with several pious persons and prayed most fervently.

They had hardly prayed a few days when the prodigal son knocked at the door of his father’s house and threw himself in tears at the feet of his parents.  He was completely changed.  The father and mother burst out into tears and embraced in forgiveness this ungrateful son who had become a Christian again.  With him joy entered again under their roof.  They owed it to Saint Joseph, and they rendered him solemn acts of thanksgiving.

O Glorious patriarch Saint Joseph,
whose power can render possible even things which are impossible:
come to my aid in my present trouble and distress.
Take under thy protection the important and difficult affair which I entrust to thee,
that it may end happily: [ Pause - Petition ].

My beloved Father, all my confidence is in thee.
Let it not be said that I invoked thee in vain;
and since thou art able to obtain every thing before Jesus and Mary,
show me that thy goodness equals thy power.  Amen.
Posted by ServusMariaeN at 4:46 PM No comments: 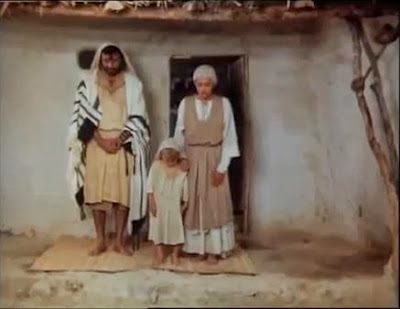 ACT OF CONSECRATION TO THE HOLY FAMILY
O Jesus, our most loving Redeemer, who having come to enlighten the world
with Thy teaching and example,
didst will to pass the greater part of Thy life
in humility and subjection to Mary and Joseph
in the poor home of Nazareth,
thus sanctifying the Family
that was to be an example for all Christian families,
graciously receive our family as it dedicates
and consecrates itself to Thee this day.
Do Thou protect us,
guard us and establish amongst us Thy holy fear,
true peace and concord in Christian love:
in order that by living according to the divine pattern
of Thy family we may be able,
all of us without exception,
to attain to eternal happiness.

Mary,
dear Mother of Jesus and Mother of us,
by the kindly intercession
make this our humble offering acceptable in the sight of
Jesus,
and obtain for us His graces and blessings.

O Saint Joseph,
most holy Guardian of Jesus and Mary,
help us by thy prayers in all our spiritual and temporal
needs;
that so we may be enabled to praise our divine Savior
Jesus,
together with Mary and thee,
for all eternity.

(Recite the Our Father, Hail Mary and Glory 3 times.)

(An indulgence of 500 days. A plenary indulgence on the
usual conditions,
if this prayer is repeated with devotion every day for a
month.)
Posted by ServusMariaeN at 4:43 PM No comments: 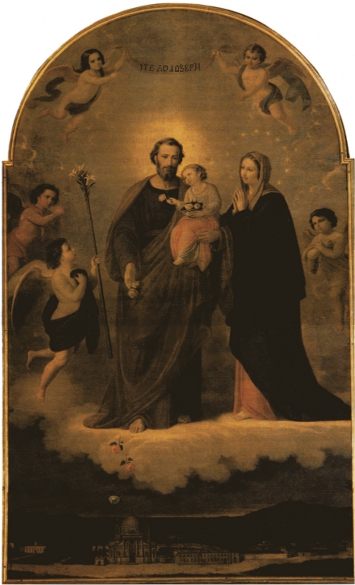 March has come in like both a Lion and a Lamb - and Catholic piety remembers with hope and consolation Saint Joseph - the Virgin Sire of the Lion of the Tribe of Judah, and the Royal Shepherd of the Lamb of God.

Joseph, Son of David, just man: that which was conceived in Mary, thy wife, was of the Holy Ghost, and thou didst call his Name Jesus. Blessed Joseph, Virgin Spouse of the Virgin Mary, Father of the Son of God, pray for us suppliants now and on the day of our death. Amen.

Joseph Most Chaste, Terror of demons, by this simple message I entrust to thee again the urgent spiritual intention that so burdens my heart.

Memorare of St Joseph
Posted by ServusMariaeN at 11:14 AM 1 comment: