The Octave of Pentecost: A Proposal for Mutual Enrichment

From the New Liturgical Movement- a brief synthesis on the changes to the Roman Calendar and a call to restore the sacred Patrimony of these observances.

The Octave of Pentecost: A Proposal for Mutual Enrichment

Posted by ServusMariaeN at 11:45 PM No comments: 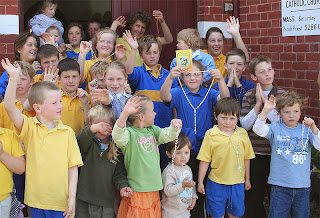 “The Most Holy Virgin in these last times in which we live has given a new efficacy to the recitation of the Rosary to such an extent that ...
Posted by ServusMariaeN at 10:53 AM No comments:

FATIMA IS THE ANSWER! 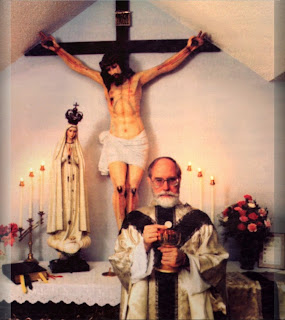 Of your charity please pray for the repose of the soul of Father Nicholas Gruner (May 4, 1942 – April 29, 2015) a tireless crusader of Our Lady of Fatima's message.

"Our Lady of Fatima foretold a coming "diabolical disorientation":

Sister Lucy, the last of the three seers of Fatima, in responding to a militantly orthodox priest states: "There is a diabolical disorientation invading the world and misleading souls! It is necessary to stand up to it; . . . and, staying in my place, I pray for you and for all those who work with you."
Sister Lucy deplores the fact that so many pastors: "let themselves be dominated by the diabolical wave invading the world," and are "blind men leading other blind men."


WHY IS THERE A CONFUSION OF BELIEFS AROUND ME AND WHAT DO I DO AND WHOM DO I BELIEVE? A THREE PART EXPOSITION BY PETER FONGEMIE
Posted by ServusMariaeN at 10:04 PM No comments: